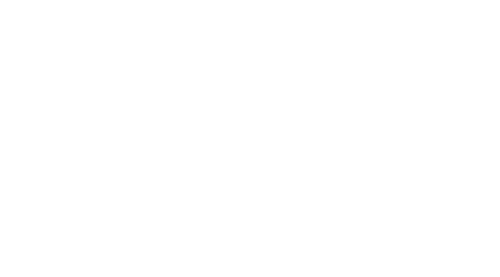 Cost vs Value shows high ROI for Remodeling in Madison

This article originally appeared at hanleywood.com.

REMODELING Magazine announced today the release of its annual Cost vs. Value Report comparing costs for 29 of the most popular professional mid-range and upscale remodeling projects in 99 U.S. markets to how much real estate professionals believe the investment will improve a home’s re-sale value.

The average payback nationwide for the 29 projects in the 2017 Cost vs. Value report ranges from as high as 107.7% to as low as 53.9%, depending on the type of project – 107.5% for blown-in attic insulation down to 53.9% for a mid-range bathroom addition. In general, the simpler the project, like blowing insulation into an attic or replacing a steel door—the bigger the return on investment, yet 2017 saw an increase in the return on larger investments due to the rise in home prices. The average payback on remodeling projects is 63.7% while the average payback on replacement projects is 74%.

“The Cost vs. Value report continues to set the standard – both for professionals and homeowners — as one of the most reliable sources online for information regarding the value of home renovations,” said Craig Webb, editor in Chief of REMODELING magazine and manager of the report. “In an age where TV remodeling shows set unreasonable expectations about how little time and budget it takes to do remodeling work, the Cost vs. Value report helps set the record straight.”

To see the geographic cost vs. value averages, click here or visit http://www.costvsvalue.com

1. Payback: Roughly 10% of all projects nationwide had a return of over 100% and every one of the projects had a payback over 100% in at least one market nationwide.

2. Geography: Geography matters — both for cost and for value. The average payback is roughly 64 cents on the dollar, but in markets along the Pacific Coast, the average payback was 78 cents. Meanwhile, markets in the Great Lakes region averaged a return just under 55 cents. In San Francisco, 21 of the 29 projects had values above 100%. In contrast, one third of the 99 markets nationwide (many of them in the Rust Belt) did not have a single project that topped 100% and many didn’t go over 80%.

3. Curb Appeal: The highest returns (74.9% on average) are for so-called “curb appeal” projects – work that can be seen from the street. These include projects like replacing garage doors or windows, installing manufactured stone veneer, or installing a new entrance door. Real estate experts point out that people’s opinion of a home’s value is often shaped before they walk through the front door and the 2017 Cost vs. Value report certainly backs that up.

4. Kitchen and Bath: In line with the importance of curb appeal, the lowest ROI in all of the Cost vs. Value projects is a mid-range bathroom addition, with a payback of just 53.8%. Not a single kitchen or bath project ranked higher than 17th out of the 29 projects because kitchen and bath remodels require much more skill and labor. And because kitchens and baths are such personal spaces; where one might remodel in a French Provincial manner, the buyer might prefer an ultra-sleek, modern look.

5. Replacement vs. Remodeling: When comparing replacement vs. remodeling work, projects that called for replacing something that’s old, worn out, or broken had an average cost-value ratio nationwide of 74 percent. That’s more than 10 points higher than for remodeling projects because prospective buyers will demand the current seller fix something that’s broken before selling the home. Not doing so can significantly impact the sales price, so doing the replacement work has a bigger payback.

6. Big Dollar Projects:    In general, the cheaper the project, the higher the payback. But what’s also true for 2017 is that the more expensive projects saw the biggest increases in value compared with our 2016 report due to the real estate market’s continual recovery. In general, when home prices go up, real estate professionals feel better about how much a project will increase a home’s value. When real estate gets more expensive, just about anything done to expand or improve an existing home will lead to a jump in the home’s value. When housing is down in the dumps, adding a new door or fixing up the bathroom won’t yield nearly as much.

7. Style Trends – Outdoor Living and Universal Design: Style trends also matter, and it’s for that reason two new project categories were added to the 2017 Cost vs. Value collection. The first involves outdoor living, which calls for a backyard deck with a flagstone patio, grill, fire pit, lights, a pergola, and a big sliding glass door to connect inside and outside. The second new project calls for updating a bathroom according to universal design principles so that it remains useful as the occupants get older. Among the changes are a walk-in shower, a high-rise toilet, better lighting, sturdy towel bars, and an easy access sink. 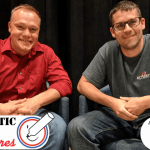